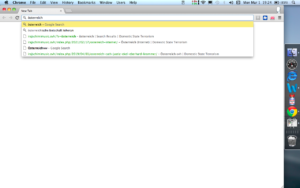 Posted in Uncategorized | Comments Off on Österreich 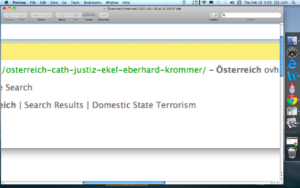 Posted in Uncategorized | Comments Off on Österreich (Internet) 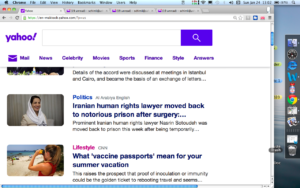 I
It doesn’t work… Cyber Devil or what?

Posted in Uncategorized | Comments Off on Nasrin Jan 2021

This is a test of this system.

Posted in Uncategorized | Comments Off on Prof. Uhl Juni 1982

‘The raiders went out… and brought back the heads, hands, and feet of their victims. A great feast and dance followed’ (Ö Zusatz 2).

Posted in Uncategorized | Comments Off on mihanwebhost.com-AminShafaati 2: not possible to open. Maybe the Islamic emblem, the cyber Devil ‘503 Service Unavailable’, at work. See ‘Long Arm of mihanwebhost.com (update)’.

Toward the end of Nov. the architect Amin Shafaati (a staunch defender of the Current), from Lahijan brought two men to my place.

I am now under severe stress and time pressure, Dec 1 2018. See the censored files: ‘Austrian-Iranian Citizen’ and ‘MV-Sarafi-Shiraz’: ‘Don’t miss the honor of giving me a coup de grâce!’. Well, I have done nothing unlawful!. I expect that soon the whole webpage gets censored too.

“Only through participation in the ritual destruction of the Other, only through committing existential cannibalism, is man admitted to membership in the modern State” (Szasz). C.f. the Christian counterpart, file ‘Nikos Grivas’.

Wrote him; You (backstabber, traitor)…

One of the strange phenomena after USB disk:

Clicking on the webpage to open, came this:

The above examples I had never before, and laptop had become extremely slow. The man copied as much as possible files from the computer and put into it ‘503 Service Unavailable’, under the pretence of how to do the renewal of the webpage and VirusBarrier from Iran.

In the kitchen I gave Shafaati a piece of bread I had baked. He gave then, in front of me, a piece of that to the man working on my laptop.

Maybe one day after USB-Attack.

Translation: ‘Your email received’. [Nothing before and after that. ‘Emaiie to’ is intimate form in Farsi. ‘Emaile shoma’ is polite form]

What you did to me belongs to the most dirtiest, criminal-destructive aspects of human being instigated by the ruling power.

“Only through participation in the ritual destruction of the Other, only through committing existential cannibalism, is man admitted to membership in the modern State” (Szasz).

Reply Reply to All Forward More

Translation: I don’t understand when you speak English. Any troublesome occurrence?

Translation: ‘We did nothing wrong to your computer’.

Inserting a USB disk into your laptop, while you were with me in the kitchen, and copying files is not something wrong for your computer.

‘If you don’t trust me believe this. But if you trust me, be sure, nothing was done by my friend that could be destructive’.

Translation: I don’t work much with email that’s why I saw it late and answered.

I am asking you the names and emails of those two men you brought to my pace.

Asking them and answer you

You (backstabber, traitor) mean you will ask them and you will answer me? No answer I have received yet!

[He wants to ask them whether they allow to give me their names!]

[Nothing before and after that].

Which guy is he? with or without beard?

Write me in Farsi (you sculpture of dirt, criminal, in Farsi: MUZI [‘underhand, shifty’].

[c.f. above: ‘The one who was working on your laptop’ is not Rakbari! He was
the one with beard!, who received from Shafaati a piece of bread baked by me.]

I gave you before the email of reza akbari and email of second one is  mamad.de.mrp…

For what reason you want this information iraj?

Amin Shafaati, living in Lahijan, was introduced to me by a relative of him I happened to know in Tehran, and I contacted him as I came to Lahijan.

In the last 6 months (now middle of Dec. 2018) I called Shafaati when I needed him and we made an appointment. A few months ago I asked him if he knew a web specialist for renewal of my webpage and VirusBarrier. I didn’t hear from him anything about it and I planned to do it like before in Greece, especially because I had to go there anyhow bringing some luggage still left there [c.f. Nikos Grivas Dec 22 2018 (work in progress)]. In a telephone call in the last week of Nov. Shafaati said suddenly he comes tomorrow to me_ a short hour driving to my place in a small town. Surprised, I asked ‘for what?’. He didn’t answer. ‘Is it important?’ Again silence. ‘What time do you come?’. He said 11. I waited in the street as a friendly gesture_ 45 minutes. Then I came home, called him: ‘Are you coming?’. He said: ‘Tomorrow’. I asked ‘What time…, the same, 11?’. He said ‘Yes’.

[Up to this time he spoke always very long. It was strange, not to say mysterious, the sudden change of his behavior, not to open his mouth for one or two words, not to answer simple questions: ‘For what?’, ‘Is it important?’ C.f.  ‘She [MV] has been this time [on the way to Sarafi]… conspicuously quiet’ (MV-Sarafi-Shiraz). It is the calm before the storm_ quiet, silence (insidious) before the attack against economy (robbing: ‘563… Euros I received less, which was given to MV… This is the hypothesis), against computer/privacy: destructiveness.]

I waited in the street 20 minutes, came home and looked sometimes out of the window. After a while I saw his car turning to the small street where I live. I came downstairs and opened the house door. The door of his car opened and to my surprise two men accompanying him came out of the car. I greeted them and we came upstairs. I guessed they were web specialists, confused why Shafaati didn’t mention it on the phone. I said I want to remain webpage and VirusBarrier by the same companies I have been since some years. I had to open my laptop as they wanted to see how Intego and webpage look like…

They stayed long… By leaving…, just they left…, no word, no goodbye…, also Shafaati left.

Downstairs Shafaati told the man who was working on my laptop (Ramezani: with beard) to come upstairs and shake hands with me, what he did…

We have the Westernization of the Iranian Islam in ‘restaurant’ and ‘hotel’: file ‘MV-Sarafi-Shiraz’, and its Jewification

by Akbari and Ramezani as torturers (hours and hours I want to do something simple and it doesn’t work…), the webhosts of ‘mihanwebhost.com’ in the city of Rasht

[affiliated, among others, with German Linux (cf. file ‘See fist’. This ‘mihan [homeland]… ‘is set up to provide websites and damage and disable websites [cf. ‘It is incumbent on this office to set up Internet’ (file ‘Austrian-Iranian Citizen’): ‘Khadamat-e Doulat’],

under the leadership of the Lahijanian architect Amin Shafaati: I can’t refrain from the thrill being a disgusting villain.

There are all kinds of enjoyments: e.g. sadism and destruction

‘als Gegensein’: ‘Save alive nothing that breatheth…, destroy them, and put their property under ban. Spare no one; put them all to death, men and women, children and babes in arms’ (ÖKS). ‘Universal declaration of the sacred and violence’ (MV-Sarafi-Shiraz)],

appearing in the gestalt of God as the ideological wrapped-up of the death instinct [cf.: ‘Menschliche Wurzeln der Gottheit’ (Ö Zusatz 2)].

The destructive encroachment on my computer is the act of God through its mercenaries in the ‘mihanwebhost.com’_

God says: ‘Devil, you are indeed a murderer and a wicked spirit [‘disgusting villain’], but I will use you for my purposes’ (1980-2004). ‘CIA clandestine operations could require work with people with ‘unsavory reputations’ including criminals’ (Martin Schulz): ‘… fun, fun, fun… lie, kill, cheat, rape, and pillage with the sanction and blessing of the All-Highest’ (1980-2004).

“Theology [did not] create cruel impulses, but [gave] them the sanction of… a lofty ethic… Theology has encouraged man’s natural savagery [‘extremes of savagery… in the Bible’]

“The Lord [‘Gegensein’, ‘death instinct’] commands the Israelites to seize the lands occupied by other peoples, promising he will aid them in their battles [‘with the sanction and blessing of the All-Highest’]”…, the Israelites completely destroyed them [‘all kinds of enjoyments: e.g. sadism and destruction’] and their cities, and named the place Hormah… ‘Hormah’ means in Hebrew ‘destruction’ [cf. ‘jewification’] … ‘All the people will see what great things

[e.g. My scores were submerged in water ‘because
his storage room was flooded’ (Nikos Grivas)]

I, the Lord [‘death instinct’: ‘menschliche Wurzeln der Gottheit’], can do’ (Ö Zusatz 2) through his mercenaries: ‘damage, disable’ website_,

[My website_ clearly debates/elborates my ‘secrets’_ is not enough. My ‘secrets’ must be stolen [stolen fruit the sweetest. ‘The sweet taste of betrayal’ (Shafaati)]: Sanctification of voyeurism by the ‘clerical establishment’],

imagining to catch a ‘big fish’

as evidence for my plans to destroy Islamic Republic and the horrific punishment for me as a result of his loyalty to God by fighting its enemy, fulfilling the hidden political function of ‘mihanwebhost.com’ he, Shafaati and Akbari serve,

get applause and benefits, economic or else…

‘The raiders went out… and brought back the heads, hands, and feet of their victims. A great feast and dance followed’ (Ö Zusatz 2).

And, as in the case of the Christian Arab_

feel a heavy blow on your jaw and feel it time and again.

This website is written for German-speaking reader. English is international language.

Posted in Uncategorized | Comments Off on mihanwebhost.com-AminShafaati-2

Encroachment on my computer (Mihanwebhost.com-AminShafaati),

_ for the sake of ‘the Islamic republic’s clerical establishment’. YOU ‘VERBRECHER’!

Posted in Uncategorized | Comments Off on Neuvergiftet Encroachment

Posted in Uncategorized | Comments Off on Das schwarze Loch

Some files cannot be edited/deleted/opened! Indentation, decrease/increase, not working…

believed China was a highly civilized society with honored histories and cultures’, and ‘that traditional Chinese civilization offered a vision of the good life that might discipline the destructive dynamism of the western world (Internet).

China has the world’s greatest irreligious population, and the Chinese government and Communist Party is officially atheist (Internet).